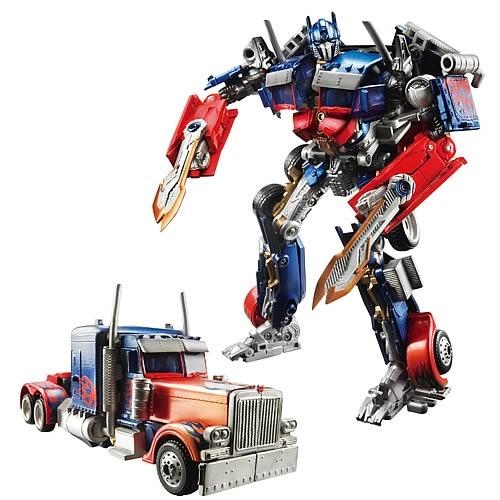 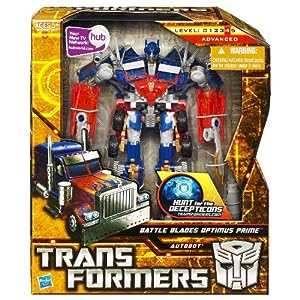 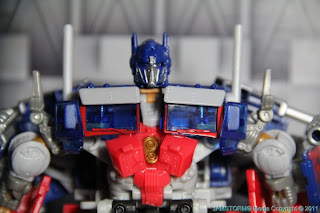 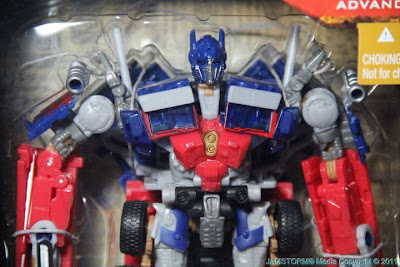 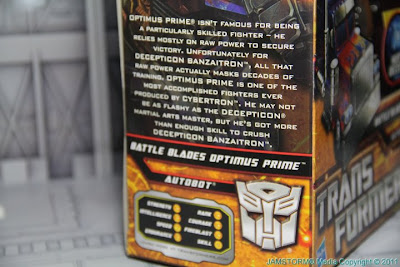 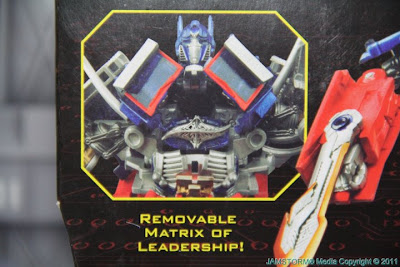 The HTFD “Battle Blades” Optimus Prime is packaged in robot mode in a window type box wrap in rattan wires. The past years we see packaging shrink to accommodate shelf space. The box is compact and much better than the past packaging where Hasbro spent a lot of space for such a tiny action figure.

Taking out the figure from the inner clear plastic container took a lot of time due to that the soft rattan wires where tied in knots unlike the twisty wires that are easily removed. The rattan wires are far better choice to replace it as it’s easily removed. 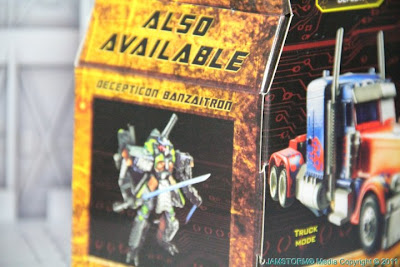 Directly giving you a first look of the robot mode clearly shows the design has improved based on its character CGI model. It’s a huge turn around and appearance wise was far closer to its big screen counterpart. Articulation has been superb no need to give you details and the robot head has light piping translucent blue eyes.

The only bothersome about the figure is the “Battle Blades” which hinder his forearms if you fold it, though it’s removable if you just want to keep him without the blades. 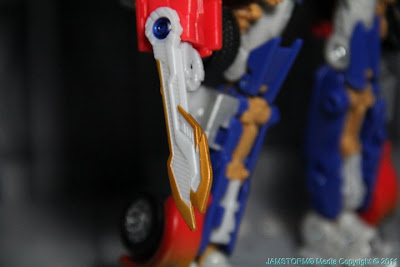 Comparing it to the 2007 Voyager Class version the HFTD “Battle Blades” Optimus Prime is smaller, but more compact and well detailed. The figure doesn’t have a waist movement, but entirely this figure is way better from the previous versions. When the RoTF toy line was released they just repainted the 2007 version with Cybertronian hieroglyphics.

So far this figure would represent the RoTF toy lines’ Voyager Class assortment, and could have been a late addition or was delayed when they released it. 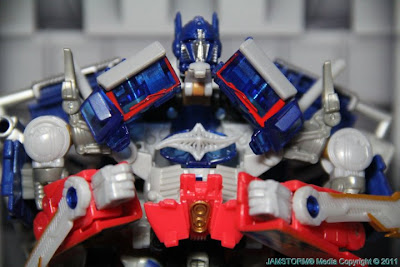 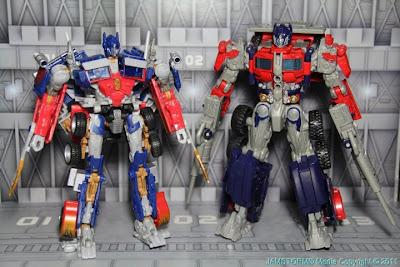 The transformation will take you several steps to fold some parts and kibble. If you’re impatient you might lose your temper and forget that you bought this. The skill level is rate at four and the manual is as big as a road map back to back. Usually some hardcore Transfans don’t rely on the manual, which most of the time is inaccurate.

If you want to be experimental and taking up the challenge try transforming a newly opened toy without taking reference to the instruction manual. It helps you familiarize with the product, and the manual would be a good base of reference if you missed something there. 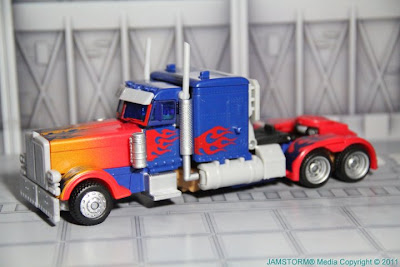 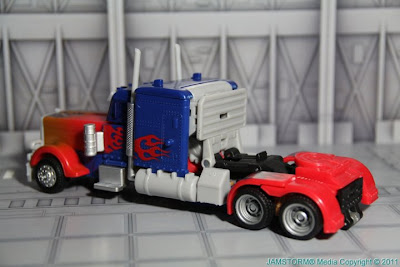 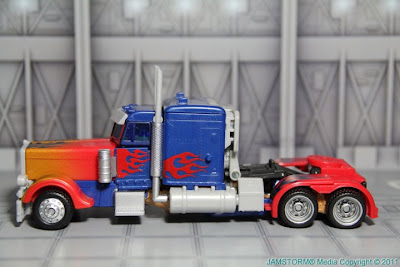 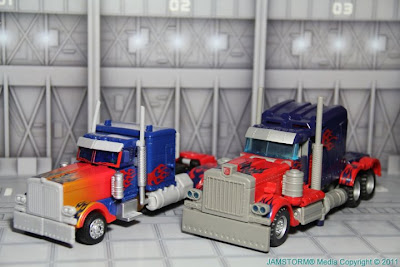 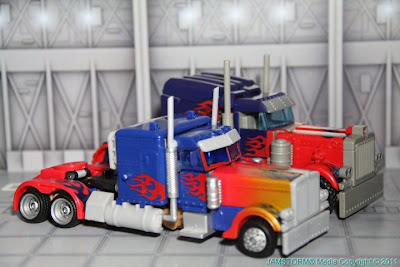 The vehicle mode is what the Peterbilt from the movie is down to its rim and tires. The way it was in the real world the semi-truck was captured in toy form with flame decals and fuel tanks. Most of the pointed parts like the blades in robot mode and smoke stacks are made of soft rubber plastic to keep up with the child safety laws.

A side by side comparison with the vehicle mode to the 2007 Edition clearly shows this is way better looking. Hasbro has made good on this version only smaller than its previous predecessor. 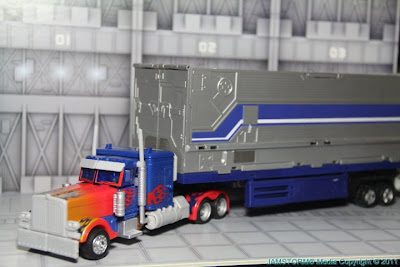 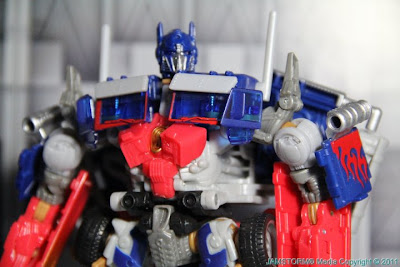