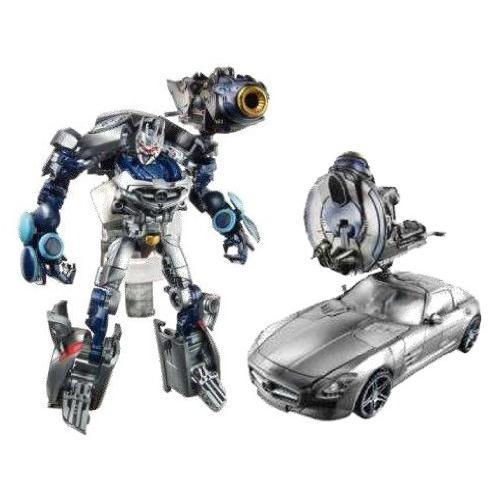 Thương hiệu: | Tình trạng: Còn hàng
480.000₫
Mercedes-Benz SLS AMG D-13 Deluxe Soundwave               PACKAGING: Yeah, still the generic looking DOTM Deluxe packaging, with those crater like stuff on the bubble to emulate moon surface, but TakTomy did it a bit different, they had their Logo stickered there, plus a... 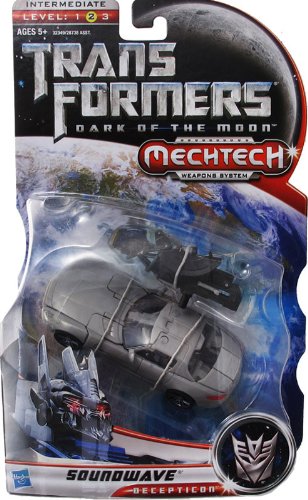 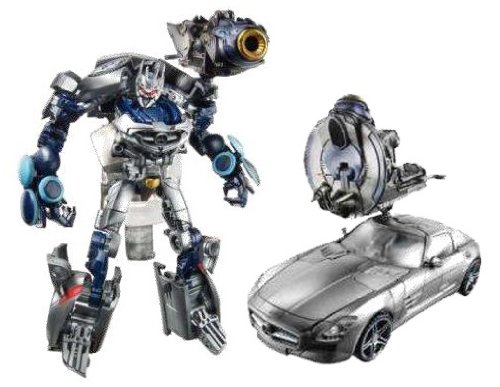 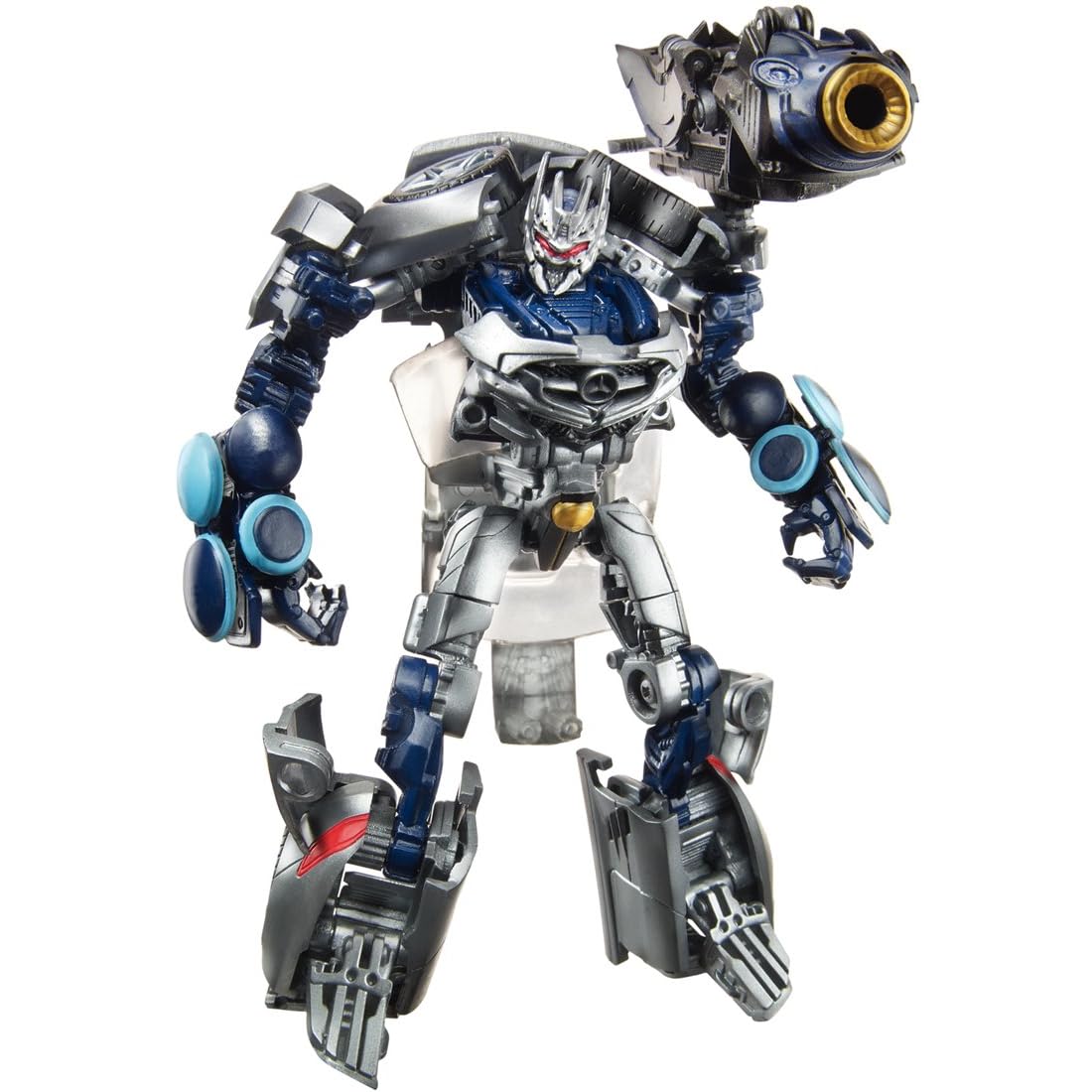 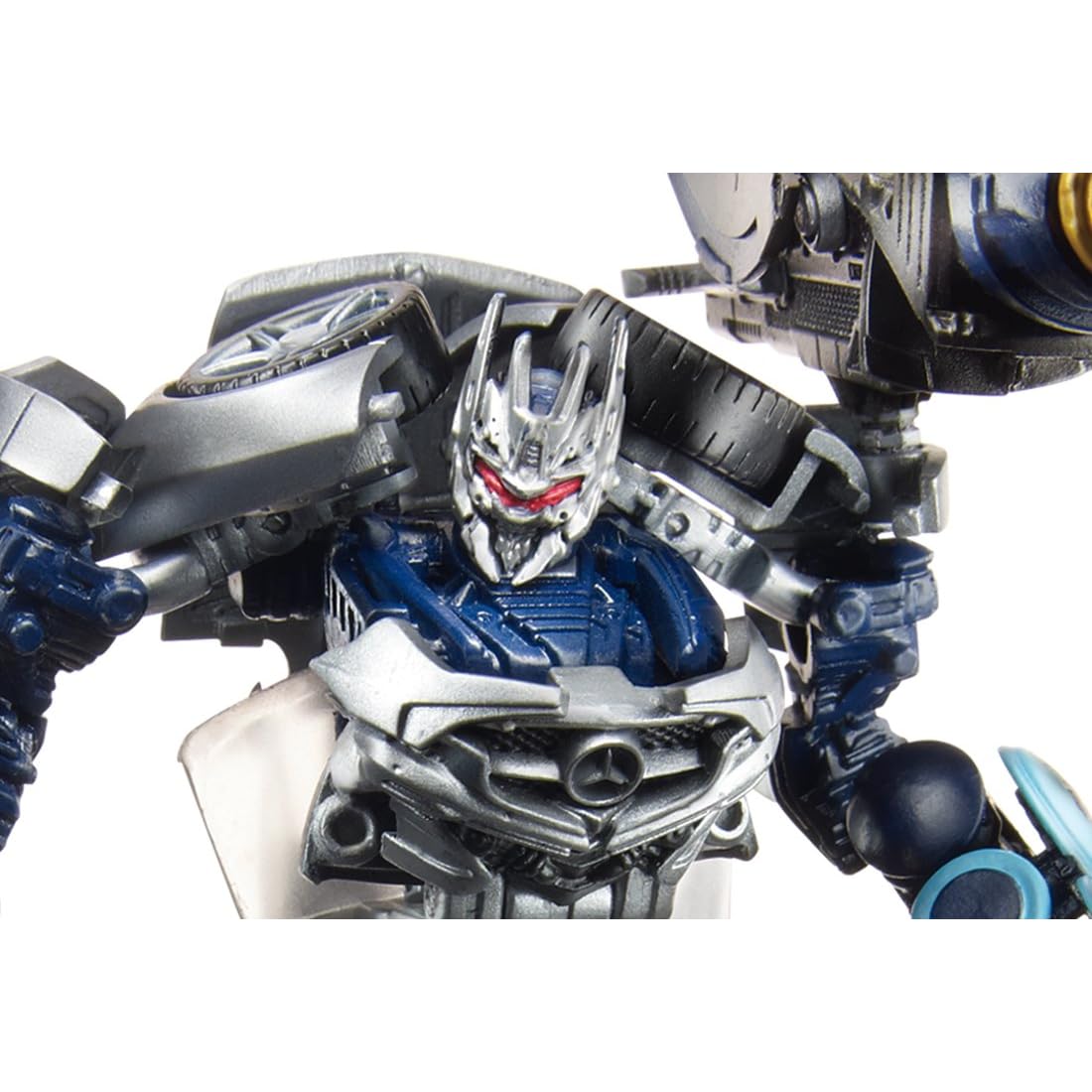 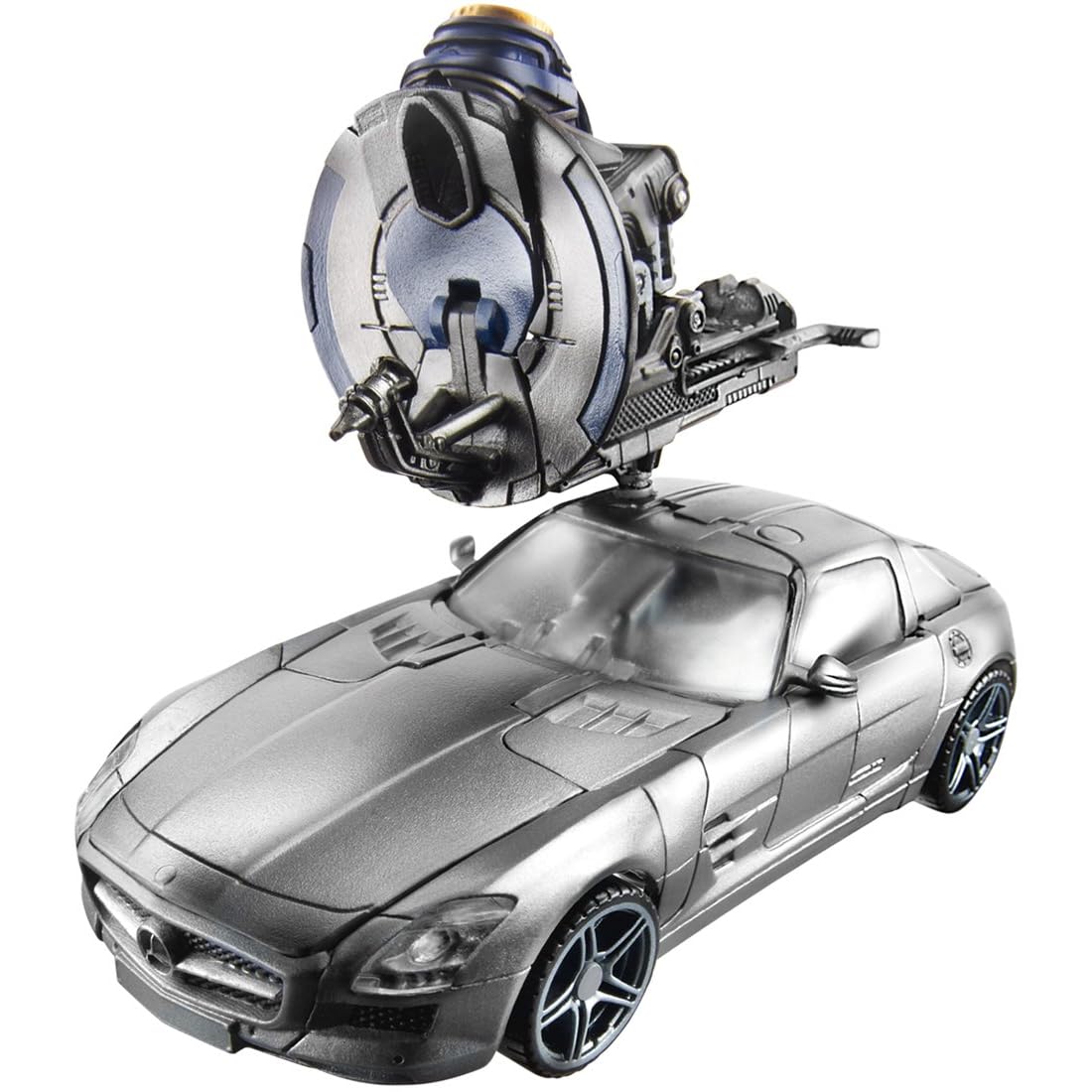 PACKAGING:
Yeah, still the generic looking DOTM Deluxe packaging, with those crater like stuff on the bubble to emulate moon surface, but TakTomy did it a bit different, they had their Logo stickered there, plus a white sticker about the card game, plus they put contact info and safety regulations sticker on the part where the Co-sell should be... and the part I loved the most about how TakTomy did the packaging for their DOTM(DSM in Japan), the bubble is NOT glued! Meaning, we dont have to worry about damaging the packaging! great for those MOC collectors! And It had some extras inside the package.

And I was expecting just a toy and instrcutions, Taktomy put in a lot of extra stuff LOL!

When I got the toy out of the packaging, I felt something different, the feel was different than past DOTM offerings from Hasbro, I know TakaraTomy did not give metallic paints on their own release of the mainline DOTM, but for some reason, the material feel like it was made of better plastic! Could this be also justification as to why TakTomy's release was pricier? Maybe I'll find out soon maybe when I get a Hasbro SW, but for now, he feel like he is made of sterner stuff than a recent DOTM Hasbro Purchase I had(DOTM Sideswipe) And.... He is cast in a nice shade of gray, that I can accept even better than Silver Paint which can be scratched and chipped away as time progresses, and for a guy who tinkers a lot with his TF's, the decision to not fully paint it silver is very welcome to me. The detailing is very nice, really spot-on to the actual SLS-AMG car. And it has a very sleek and fast look to it! Being a deluxe, though, it has no opening gullwing doors, but its fine! and it rolls on all 4 wheels just fine enough! And it is also very solid!

Side-by-side Alt mode comparison to his Cybertronian form in ROTF. I love DOTM's alt mode vs. ROTF, at least Soundwave transforms into something recognizable and beautiful.

Transformation was fun for me, the instruction's pictures are really easy to follow even with a language barrier, the pictures are very explanatory, and conversion is a bit fiddly, especially on the part where you rotate the front wheel parts to form his shoulders. I like how the legs are formed. And yeah, he has a faux chest, but the actual Car grille part goes in his body and it's backside actually forms some of his chest speakers and the faux part represents the chest in the deformed state that we all see in most movieverse bots. After a fun transformation.. we get to Soundwave's....

He looks really cool in bot mode!!! Size-wise, he is as tall as most DOTM Deluxes if you measure to the tip of his antennae. His head truly resembles the Decepticon Logo. And the Head is fully painted in Silver! He has a lightpipe made of clear translucent plastic, but has a light paint of red on it, so he has a bit of piping. He was fully gray in Alt mode, but here, we see more dark blue plastic and some nice baby blue paint apps on his speakers/sonic cannons/whatever you call those on his arms! Plus on the right arm, there is a tampographed Decepticon insignia in... Decepticon Purple! Yay, he broke the combo of DOTM toys using Silver or Black for the Decepticon Logo! And the reason I prefer this than the HA is because I like the deluxe's proportions, he is one of the few movie Decepticon toys that don't look like having gorilla arms and chicken legs and the headsculpt is much better. And his legs seem more durable... and....

The Deluxe's proportions are more in sync with Josh Nizzi's design.(And most of them are finalized designs for the film)

I know a lot of people are distracted by the back kibble and may think that it may hinder his poseabilty, but here are some action poses to show how much of a dancer deluxe Soundwave is!

The Arms has really good articulation, he has a swivel elbow, which also has a bicep swivel, and also, the swivel elbow joint has a ball too so you can give him bicep curling poses! Legs are pretty good too, with swivel thighs, ball jointed hips, and knees articulation(you can actually cheat and unclip the piece which look like a mechtech port on his legs to give him double swivel knees! And to those who wonder, if his head rotation is hindered by the wheels on his shoulders and back of head, no, he can rotate freely! But head is not on ball joint so he cant look upwards or downwards. Plus due to trnsformation and design, he has no waist swivel, but if you have thigh swivels, who needs waist rotation?

MECHTECH and other Play options:

Soundwave's Mechtech weapon, in my opinion, has to be one of the, if not, the biggest Mechtech weapon for a Deluxe. It looks very imposing in Sonic Cannon mode, and am glad that it is the default mode, it accentuates Soundwave's badassery in bot mode with a bigger gun! It converts to an Interceptor Dish, which looks like one of those satellites those people who subscribe to satellite TV has on their rooftops, in bot mode, I imagine this as a weapon that even fires amplified Sonic Power! in Bot mode, he has 4 Mechtech Ports, 2 on each shoulder and his 2 hands can hold most mechtech weapons. And before I forget, he has 2 ports to clip on c-clip weapons on his thighs, so if you wanna make him look like he has thigh mounted missile launchers or guns, use it.

In Vehicle mode, he has 2 self-concealing mechtech ports, so toy has a total of 6 mechtech ports overall! In cannon form, it looks like the Mercedes is ready to blast it's way to traffic and other Autobots blocking him, and the Dish mode looks like his data gathering mode during vehicle form. It works well for me.

SIZE COMPARISONS:
So, as a deluxe, how does DOTM SOUNDWAVE compare?