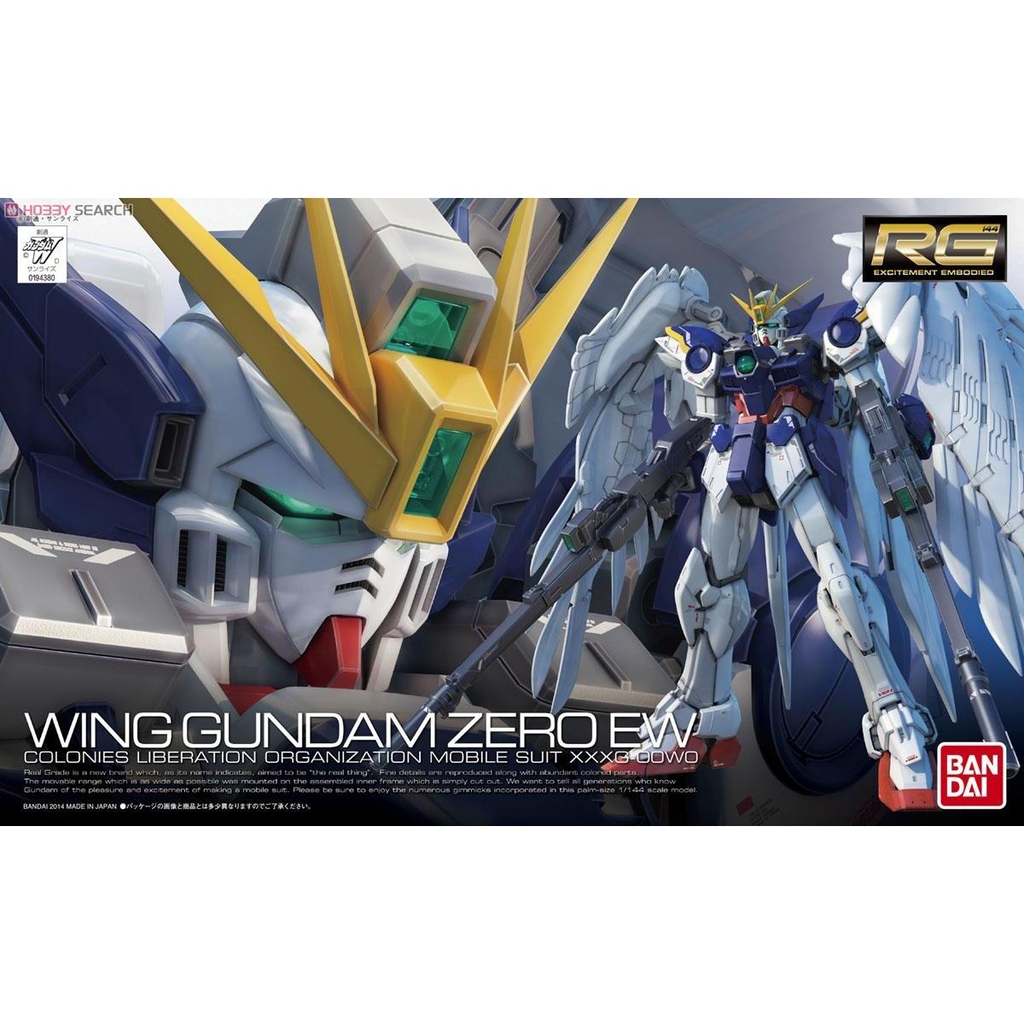 - Pursue RG Wing Gundam Zero EW appeared the (EW Version) Wing Gundam Zero from every angle! - Reproduce the detail of real grade unique that incorporates a new interpretation to the aircraft characteristics based on the setting and historical research reality technology : 1 - was derived from the armor materials technology, the surface structure of the wing Reproduce the wing structure to reference has been used in aircraft of reality, the material technology. The internal wing, considering the aircraft defense and heat of the atmosphere up, and reproduced in feather-like mold the armor structure. - 2: it was based on the thrust control technology, three-dimensional and moving shape of wings characteristic From the technology of the latest aircraft, taking into account the thrust control during flight, the wing portions represent the moving mechanism of the wings. Shape suitable for flight on the ground, I was reproduced wingspan. Also, consider the thrust deflection mechanism of fighters reality, close to the wing of a bird more, reproduce the curve shape and movement of each blade three-dimensional of the tip [flexible wing]. : 3 - was reproduced a range of motion that approaches to human movement, a new Advanced MS joint de Reproduced by that appear in the work setting, we consider the internal structure of the self-contained robot with the latest that can run [zero frame] be only frame portion. Achieve moving close to the movement of the human body by the new de Advanced MS joint. The Advanced de MS joint, assuming a configuration that takes into account the integration into the Operation Meteor] other four bodies. And has a structure that is aware of the compatibility. - Accessories: Twin Buster rifle, beam saber × 2