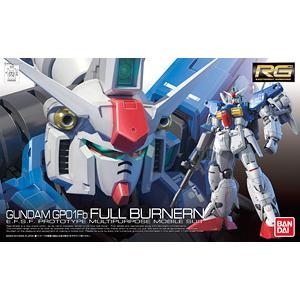 - Start-up plan in the RG series GP! - Simultaneous release of the two aircraft!
- RG series of bullet 12,13 first prototype GP01 Gundam from [Mobile Suit Gundam 0083]
And (code name Zefiransasu), that the universe is a specification Furubanian.
- The RG series is set anime called aircraft that are based on the RX78-2 Gundam renovation
I can have inheritance. As an expression, it was to improve the range of motion of the RG RX-78-2 Gundam on sale
Following the adoption of common development plan of the two aircraft in the play mode Advanced MS joint 5. In addition,
The core fighter is equipped with a horizontal connection mechanism. In addition, the repair of GP01 in the play
It Furubanian and core fighter aircraft design from a different background who became thus almost
The leg unit also design products while leaving the color of the ground war, specializing in aerospace
Dropped, they represent a set form that skillfully. In precise detail unique to RG
I have a real representation of mobile suits.
- Fully reproduce the core block system. A gimmick, such as wings and nose rotation, backpack
By incorporating the core block system, which is one of the features of the first prototype Gundam,
Fully reproduce the deformation of the core Fighter II.
- Specification first prototype Gundam universe ... Furubanian first prototype Gundam RX-78GP-01Fb.
Standard specifications for equipment in the atmosphere, additional equipment for the purpose of improving mobility is applied.
And Universal Boost pod on the back, is one of the characteristic features.