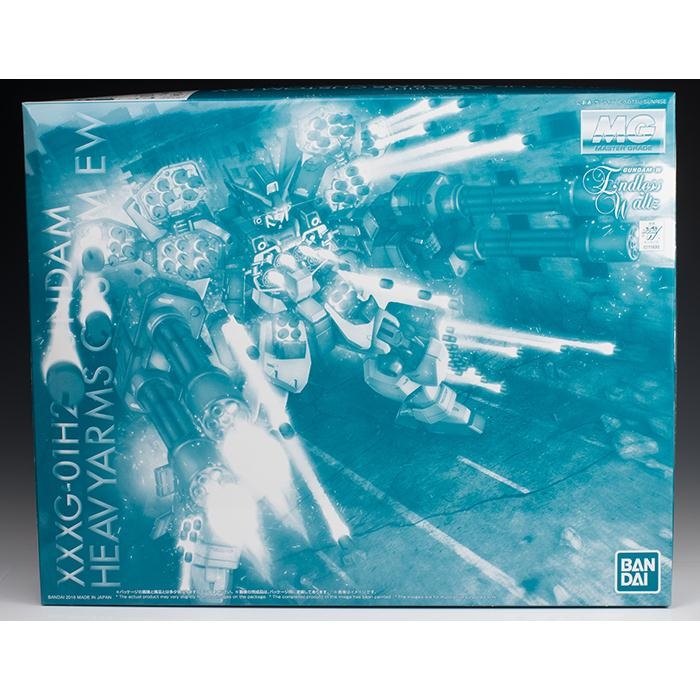 The clown of the battlefield, here comes again －－－－－－－－

From “NEW MOBILE REPORT GUNDAM WING Ｅｎｄｌｅｓｓ Ｗａｌｔｚ” the Gundam Heavyarms Custom ＥＷ is made into a product for the Master Grade series.

With a large Double Gatling Gun that can be equipped to both arms, and a four-barreled vulcan chest-part loaded into the chest hatch,

the characteristic weapons of the “Gundam Heavyarms Custom ＥＷ” are reproduced with new molding that matches MG’s rich detail.

firepower with increased attacking ability. The Double Gatling Gun can be equipped to both arms.

In addition, it is possible to carry the equipment by mounting it to the backpack.

The inside of the chest hatch of “Gundam Heavyarms” is loaded with a chest vulcan that has been increased from two to four barrels.

When all bullets are firing at full power with the hatch fully open, its power increases even more.

The symbolic clown mask of the pilot, Trowa, is equipped to the MS face and presented with new parts.

Comes with brand new molded figure of Trowa Barton in a Mariemeia Army uniform made to scale.

● Comes with a new design of water slide decals！