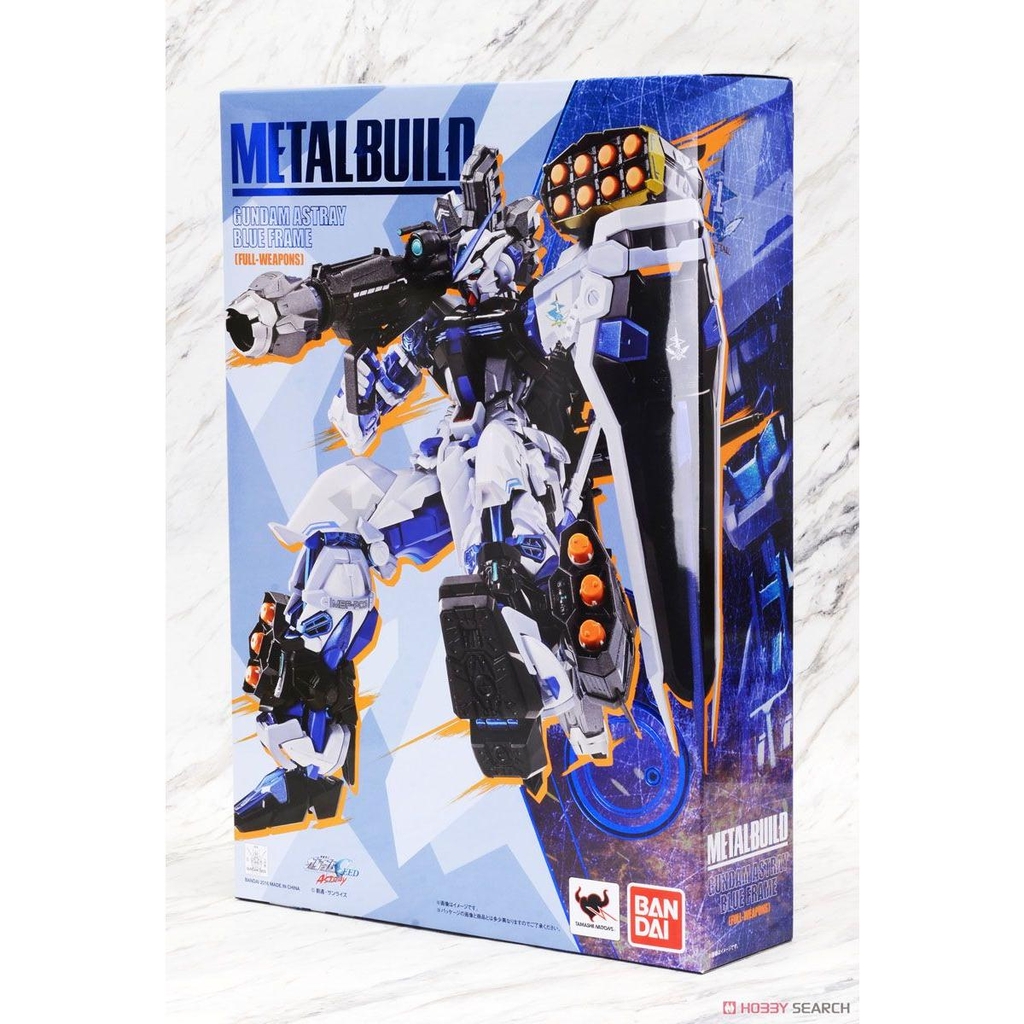 Full Weapon]
- A number of firearms that have been equipped with, adopted a draw awakened design for METAL BUILD by Junichi Akutsu original designer who worked also arrangement of the body.
- Has become a detachable specification, in the same way in the play, reproducible way fight while purging.

[Original armed form]
- One in [8 twin short-range missile launcher] is added, and comes with each joint.
- It can be equipped with recoilless rifles and launchers to the left and right of the weapon rack.
- It is possible to enjoy the recombination of assumed armed various war situation.

[material]
- The electrolytic plating is to die cast, white of the exterior parts, by intensive polycarbonate material, produce a distinctive shine.
- Electroplating using a blue plating was toned dedicated, to enhance the deep blue texture which can not be represented in the paint. Shades of polycarbonate also were adjusted for blue flame, has a white with a slightly bluish deep.

( This is a machine translation. Please allow for possible misinterpretations in the text. )