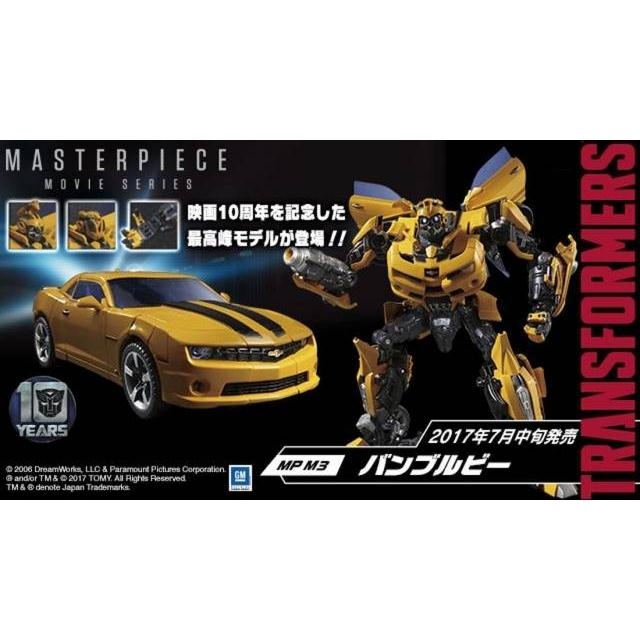 This premium movie Bumblebee MPM-3 figure from the Hasbro Transformers Masterpiece series brings the 10th anniversary of the 1st Transformers movie to life with this film-version of the iconic Autobot scout. This figure includes stunning intricate detailing and 33 steps of articulation, as well as a flip-down battle mask and Chevrolet Camaro design. Whether he’s cruising the highway as a slick Chevrolet Camaro or facing Decepticons in battle, Bumblebee is one of the bravest bots in the universe.