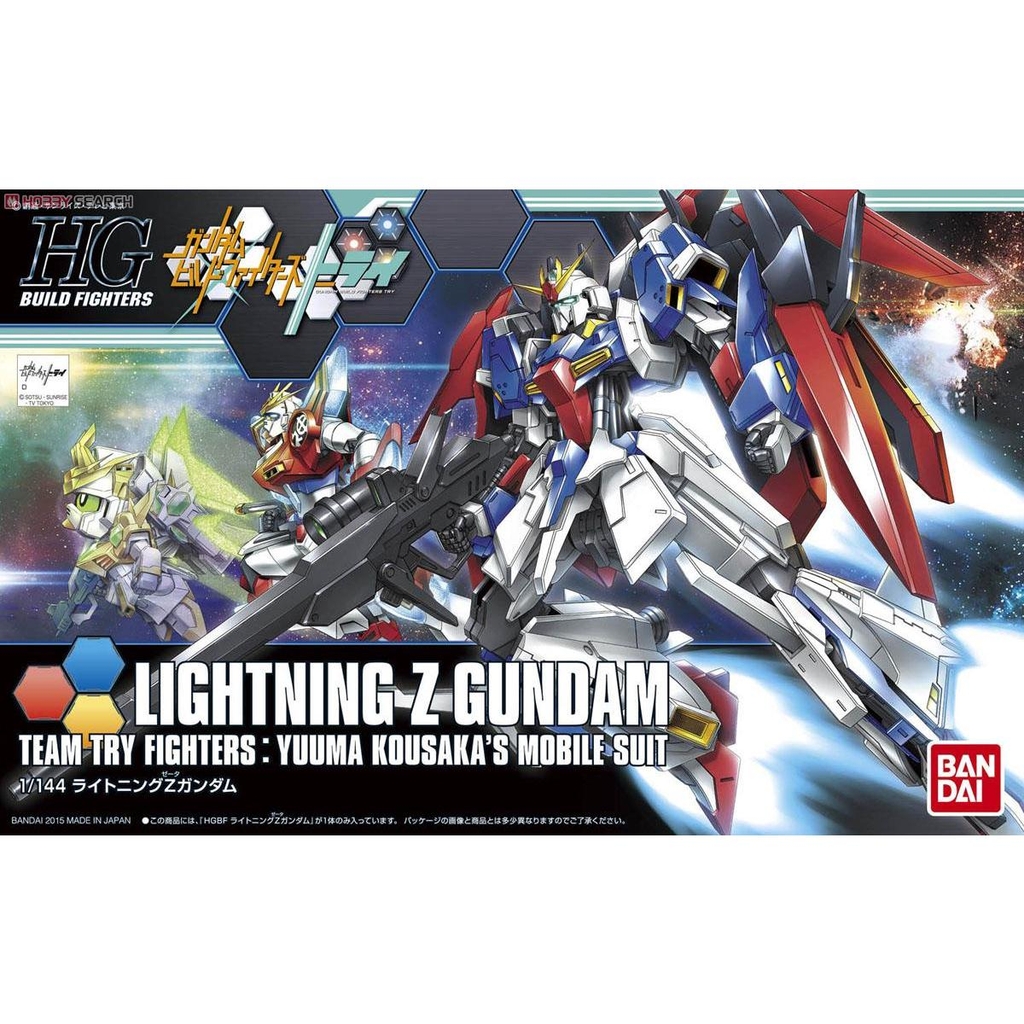 - Yuuma has appeared Gundam that was produced in the `` second conclusion of the Sakai-Minato! Lightning Z Gundam sortie !!

- Gundam that Yuuma in order to settle the Sakai-Minato even as a builder in the master Cup final story is based on a Z Gundam that was produced. And mounting the shield and rifles on the backpack that can be equipped with a backpack wings on the arm. Furthermore, it is also possible to assume a launch form of fire of birds shot in the movie.
- Reproduce yet Z Gundam a characteristic proportions that have been subjected to remodeling the whole body at full new.
- It can reproduce the bird launch form of fire by replacing the weapons and wing.
- The effect parts can be attached to the wing.
- Shields and rifles can be installed on the back.
- Other armed parts, accessories effect parts.

- Lightning Z Gundam ... Gundam that Kosaka-Yuuma has won exhibited in the master Cup open course. We have added your own remodeling to Z Gundam.