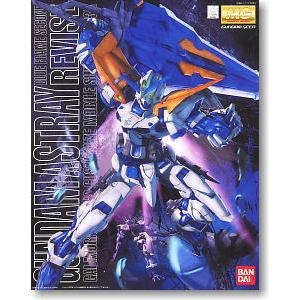 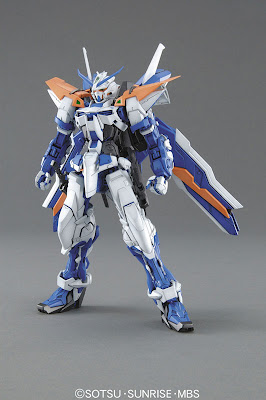 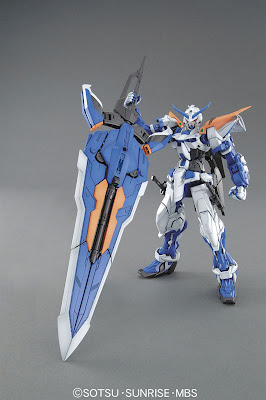 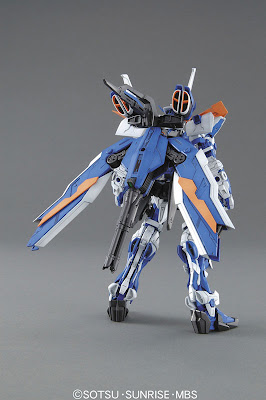 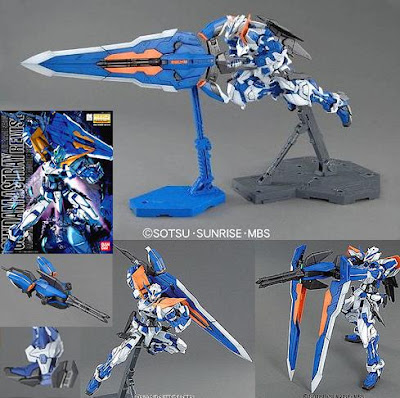 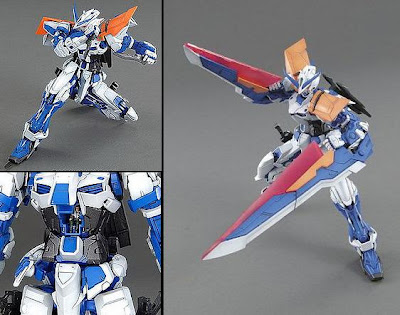 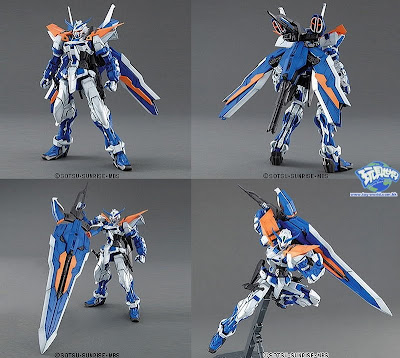 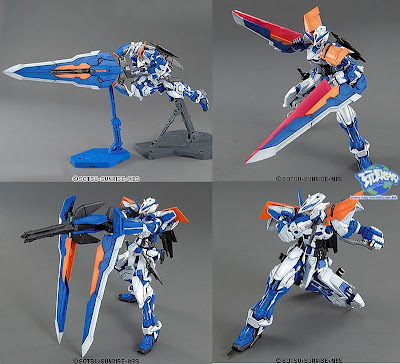 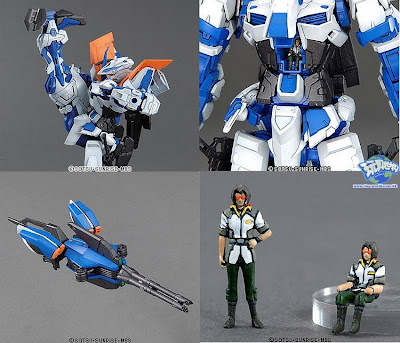 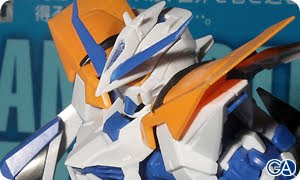 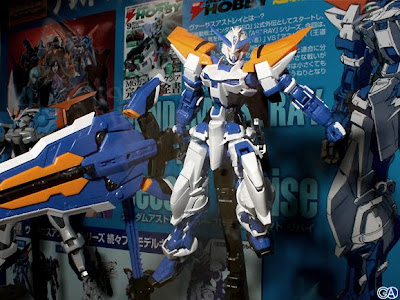 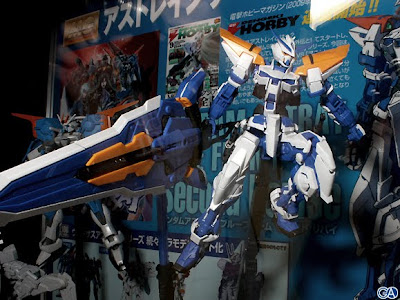 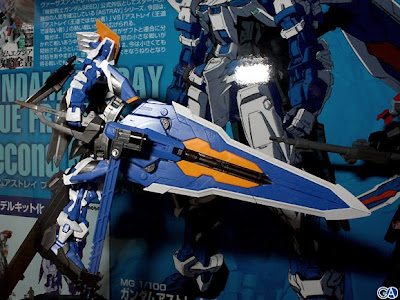 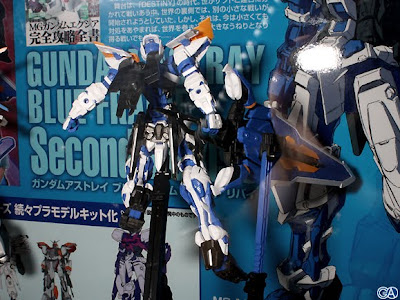 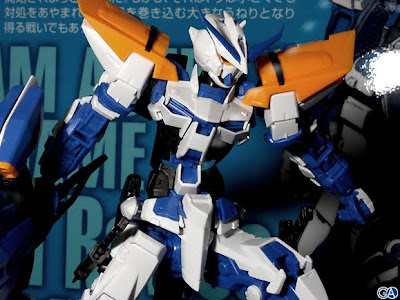 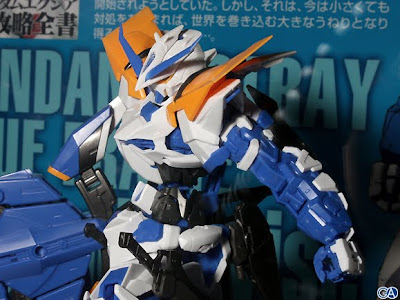 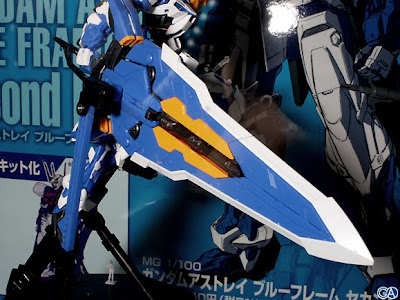 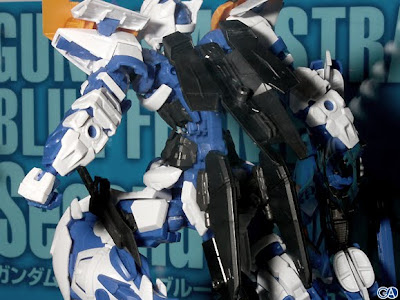 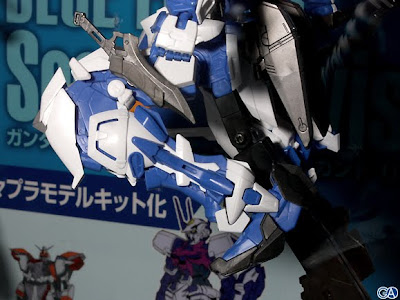 - Astray has been MG-ed for the very first time! Appearing in [VS Astray], the Astray Blue Frame Second Revise has been released in MG!

- The outer layer slides as the arms parts and the legs parts move accordingly. The shoulder parts and stomach parts gained its large mobility due to the pulling mechanism used.

- Tactical Arms II (sold separately) can be placed on the base included to take its fighting stance.

- Complete Transformation of the back pack form into the Large Sword/ Gatling Arm.

- The transformation of the Tactical Arms to the Flight Form and Blade Form has been completely reproduced.

- The Gatling Gun and the two blades can be separated. The grip of the sword expands, and can be attached to the elbow side. (Beam also reproduced.)